Last week I was extemely fortunate to find myself in the company of Caroline Martin, the lady behind Humans of the Himalayas, inspired by HONY this too is a micro blog telling us stories about people inhabiting the small hill-towns in various Himalayan regions of India and Nepal.

I had been following her facebook page for quite a while and decided to push my luck and find out if I could get to do an interview with her. The best part- she has been visiting Delhi and was more than eager to sit with me at Starbucks and patiently answer all of my trivial questions.

Caroline Martin- The lady behind HOH

From the moment I met her, it is difficult to ignore the amount of energy she carries and her positivism towards life ans five minutes into that interview, I was silently clapping her bravado! This is not just a story of someone who decided to photojournal the stories of people or a lady who left her country to embrace the unknown, this is eat pray love version 2.0 and this happened way before Elizabeth Gilbert broke the institution of travel memoir-graphy.

Some 12 years ago, Caroline who was consumed by an unfathomable love for Bharatnatyam decided to board that one plane with no return ticket and settle in the country of this dance form to complete her final step of mastering this art. She wanted to learn it in Chennai and specifically from an Indian master and thus, began her never ending journey here. She had researched a lot and was prepared to face India which probably made it a lot easier for her and needless to say she absolutely fell in love with the country that she now calls home! 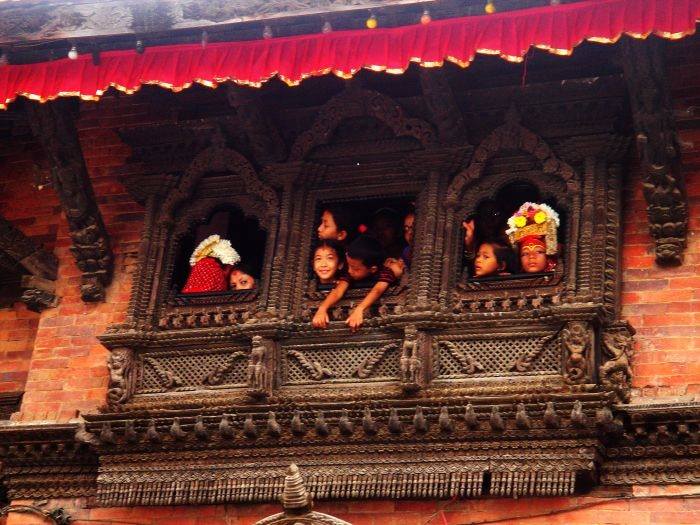 Coming to India and falling head over heels in love with the place is definitely not unheard of because there has been a number of instances like this but with such decisions also come bigger problems that is the culture shock and mostly a lot of prying eyes mixed with her story of sexual assault and an accident that completely changed her life and outlook towards the same.

While traveling and teaching kids in Ladakh, one night, Caroline was later than usual in returning home and found herself stuck in a shared taxi as the last passenger. That was when, the driver decided to try his luck and blatantly asked her if he could “fuck” her. Shocked and scared, she walked out into the pitch dark and cold dessert with nobody in sight for miles. It wasn’t until she stumbled and fell into a 6 feet deep pit that real fear kicked in. She fell flat on her face, broke her wrist and injured her ribs but despite that she did not stop fighting. She climbed up that pit and waited for hours till a passing car pulled up and dropped her to the nearest hospital.

She had to be immediately transferred to Delhi and although the healing process from that incident is still on but that is when her outlook towards life completely changed. And that made her stronger and braver, she found her new love in Buddhist philosophy, met with the Dalai Lama and started taking life slow  and that is when Humans of the Himalayas was born.

HOH mainly aims to show people around the globe, the beauty of the hilly regions of the country, the people, their stories and struggles, the immense hospitality  that sets them apart, the slow paced life, the differences and similarities with the rest of the world and more than anything to urge people to travel and prove that India is so much more than the stereotypes that the stories of the country bear.

It has definitely been a love-hate relationship for her with India. Not everything is absolutely pleasant at all times and neither is everything all about the dirt, filth, impoverishment and “curries”. As a female traveler she doesn’t necessarily face a path full of thorns at all times; there are scams, there are obscene remarks but then there are also people who show her the utmost respect and give her an insight into their lives.

She has traveled extensively in Ladakh, Himachal, parts of Uttarakhand and central and eastern Nepal and she is all set to travel more and never for once does she regret her decision to step into the unknown and chase her dreams even if that means giving up a lot of other comforts in life, a hefty paycheck and a house full of children. 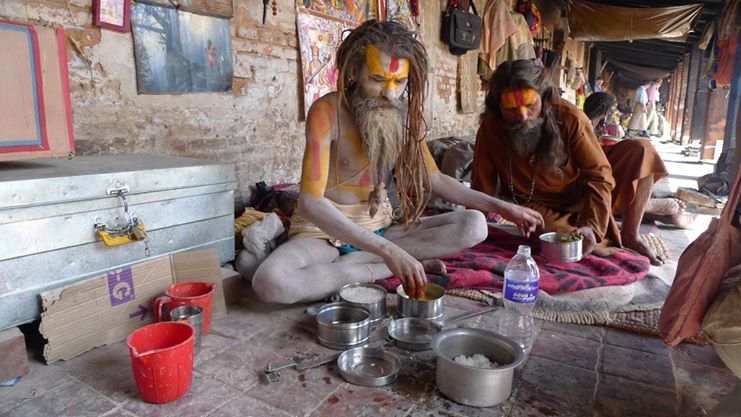 Being a fellow woman I simply had to ask her if she had any advice for those who want to travel but are too scared and she said-” Do not be afraid, do not let circumstances turn you to be vulnerable. There will be so many experiences to learn from. Simply get out there and travel because what you receive will be much more than all the other comforts in life.”

Inspired, we proceeded to have a lovely vegetarian South Indian lunch at Sarvana Bhawan which is her favorite place we bid farewell hoping to stumble across some other time in some other place with more stories to hear.

Caroline is currently working on her wordpress blog, meanwhile you guys can follow her page on facebook, tumblr and twitter. At the same time, it will be great if you want to support and donate to her blog and help her travel further. She aims to visit Pakistan, Bhutan and Tibet. Also she is working on her book and planning to upload video mini-movies to the site.